I know there are a few of you out there (I’ve had a couple of major hits from the SU crowd) that read this, so I post this question to you:

I really do. Not because they cap my bandwidth (actually, I’d never know, the service is down so often, you’d never get to download enough to test) or some silly thing like that.

It’s just that it’s DOWN ALL THE FUCKING TIME. Today, it was down more often than it was up. Now, I will give them one concession — they are a Wireless ISP, and I believe we are nearing the end of their coverage area.

However, that is no excuse. If they appraised our property as being inside their coverage area, then there should be NO REASON WHATSOEVER that our internet goes out this much. I use SSH to login to a remote server, where I attach a screen session that has my irssi running so that I’m always connected to IRC. I know when the Internet times out, and I have the logs to prove that it’s really bad.

Finally, their shitty receiver has a built-in firewall that the consumer can’t modify. Playing Xbox Live (even when the Internet isn’t timing out) is a chore, because I can’t open the correct ports. It’s altogether incredibly infuriating.

Old as shit, but still awesome:

We all know him as the co-founder of Apple computers, but will we sson know him as a Dancing Star? Sure will, according to the Dancing with the Stars website.

Rumors have been floating around the Interbutts for a while now that the Woz will be making an appearance, bu it seems that ABC finally revealed it for real.

BACKGROUND:
A Silicon Valley icon and philanthropist for the past three decades, Steve Wozniak, a.k.a. “The Woz,” helped shape the computer industry with his design of Apple’s first line of products, the Apple I and II, and influenced the popular Macintosh. After leaving Apple Computer Inc. in 1985, Wozniak was involved in various business and philanthropic ventures, focusing primarily on computer capabilities in schools and stressing hands-on learning and encouraging creativity for students. In 2000, he was inducted into the Inventors Hall of Fame and was awarded the prestigious Heinz Award for Technology, The Economy and Employment. Wozniak is also a published author with the release of his New York Times Best Selling autobiography, iWoz: From Computer Geek to Cult Icon, in September 2006.

Yes, I know this is fucking long, but it’s so right: 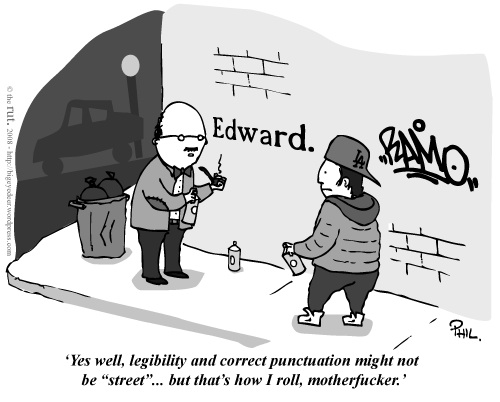